The tower you can see below is made out of earth, gravel and clay. It is an observation tower that was the work of De Gouden Liniaal Architecten. The aim was to offer great views of the beautiful natural reserve that covers the Dutch-Belgian border. You can find this rammed-earth tower in the former quarry known as Negenoord. As expected, the Belgian government officially commissioned this tower to be a main point in the area, offering recreational and educational facilities.

This tower is 12 meters tall and was built on a relatively small hil so that potential flooding will not affect it while getting a good vantage point. The plan of the building resembles a triangle. Corners are cut to create a 6 side structure. In the center of the tower the core is concrete and incorporates the stairs. What is interesting is that the construction materials were excavated right from the local Maas area.

All external surfaces were made out of rammed earth. For those that do not know, this is a special technique involving damp earth compressed lawyers with molds in order to form walls that are load bearing. Optimal “ingredient” ratios were determined thanks to the work of consultants. Various local materials and mixes were considered to come up with the desired appearance, color, abrasion and compression force.

What is interesting is that the external walls are going to gradually erode. Gravel aggregate is going to eventually be much more visible. 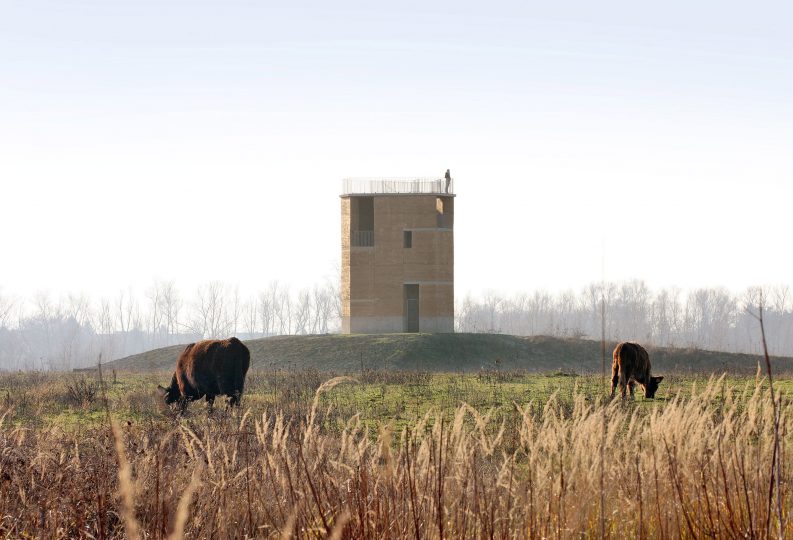 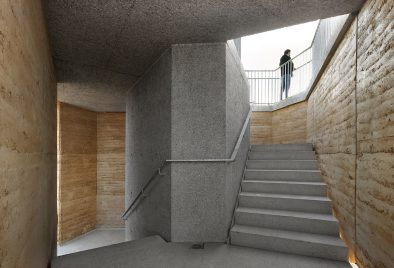 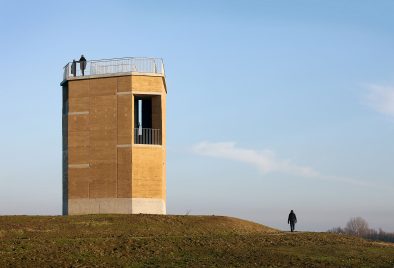 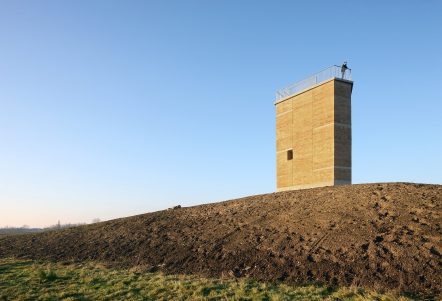 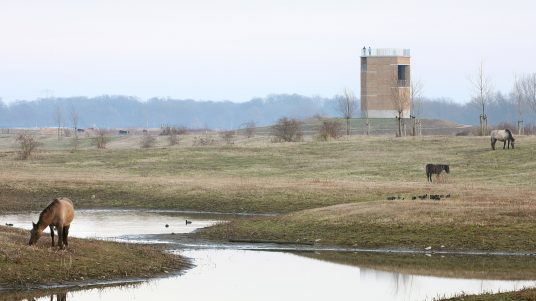 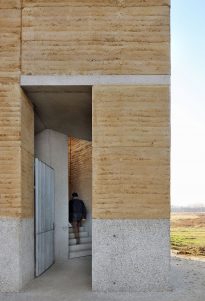 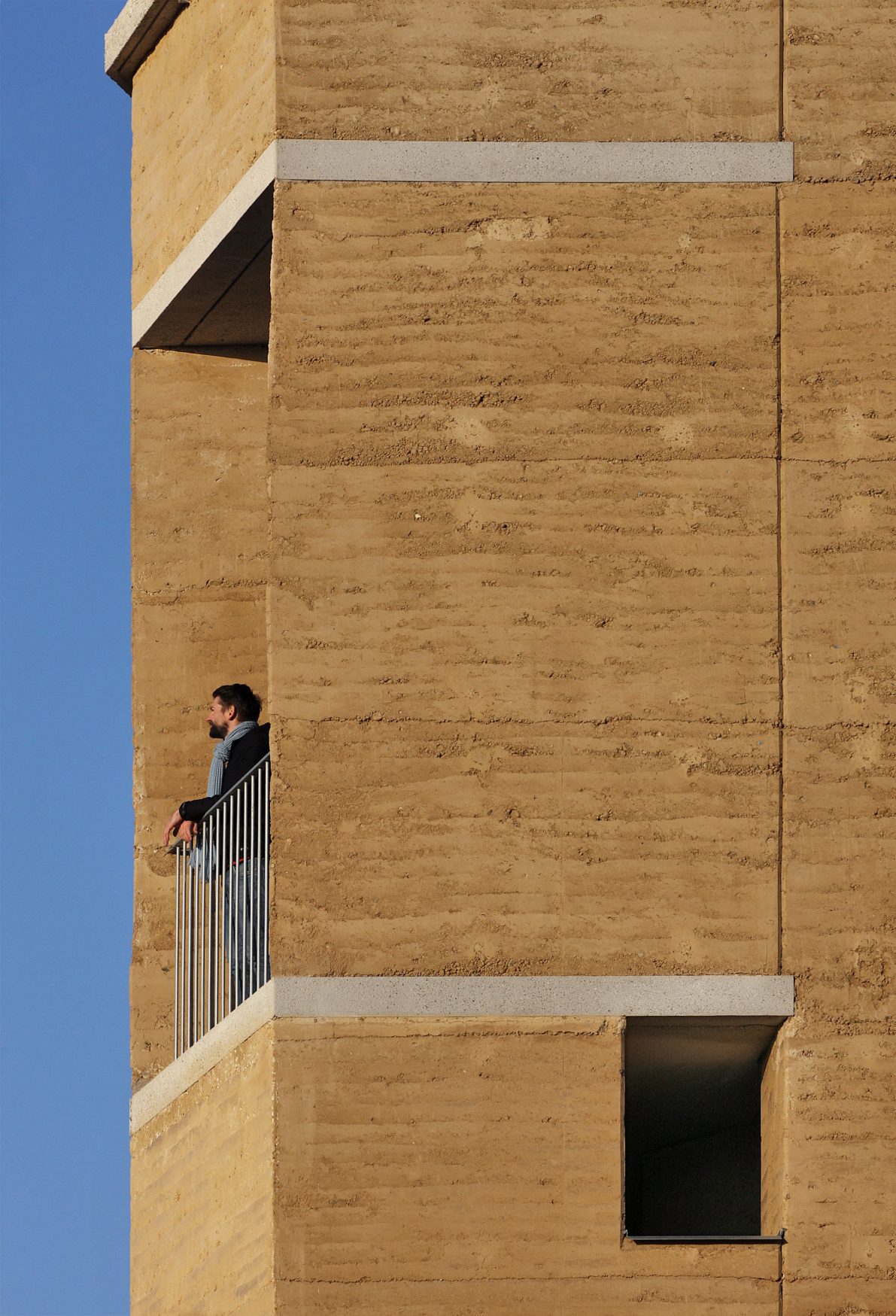