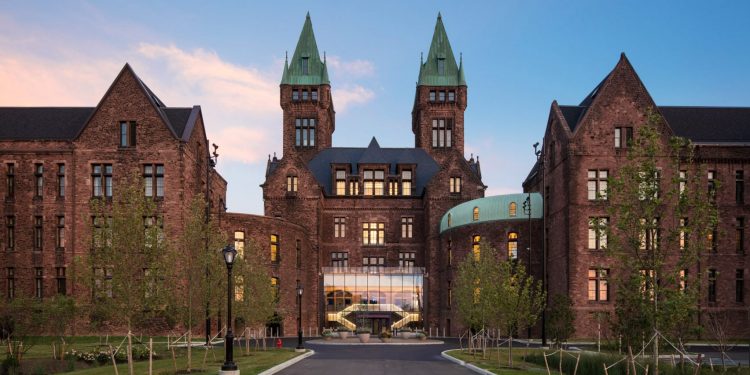 If you ever travel to Buffalo, New York, and are interested in staying in a unique boutique hotel, this former historic insane asylum may be exactly what you want to experience. You would be able to stay in the former room of the patients, but with complete redesign and restored work done by Deborah Berke Partners.

The original building was built in the nineteenth century, being a brick construction done by Henry Hobson Richardson. Now it is Hotel Henry and occupies a former insane asylum that was fully operational till the mid seventies. Most of the similar buildings were abandoned and decommissioned.

This historic landmark was the work of Deborah Berke Partners together with the Goody Clancy Boston historic preservation agency. Originally, the building was built in Richardson Romanesque style with rustic stonework and brick masonry. The architects worked hard to respect original architecture for the 191,000 square feet property now housing 88 hotel rooms. Areas that were preserved include the original main entrance together with neighboring wings. Patient rooms became hotel accommodation.

Various elements were completely restored to the original condition while most of the decorative features like cornice moulding and mantle pieces are now exactly as they were. Architects added a contemporary entryway and various other elements.

When you stay in the hotel you can enjoy various amenity spaces, including a gym, lounge areas, office space, architecture gallery, large event rooms and much more. 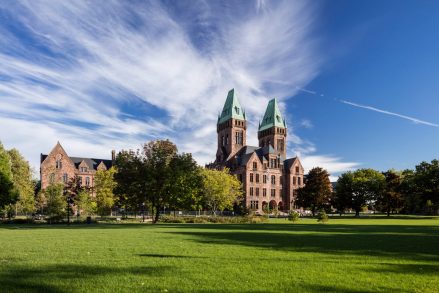 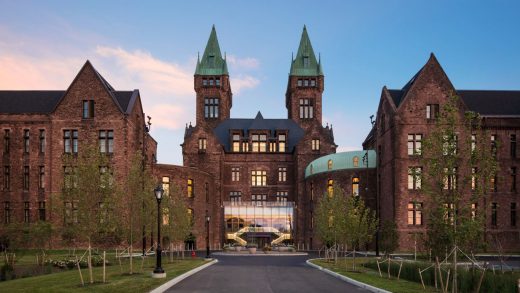 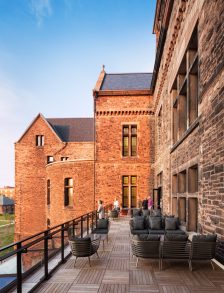 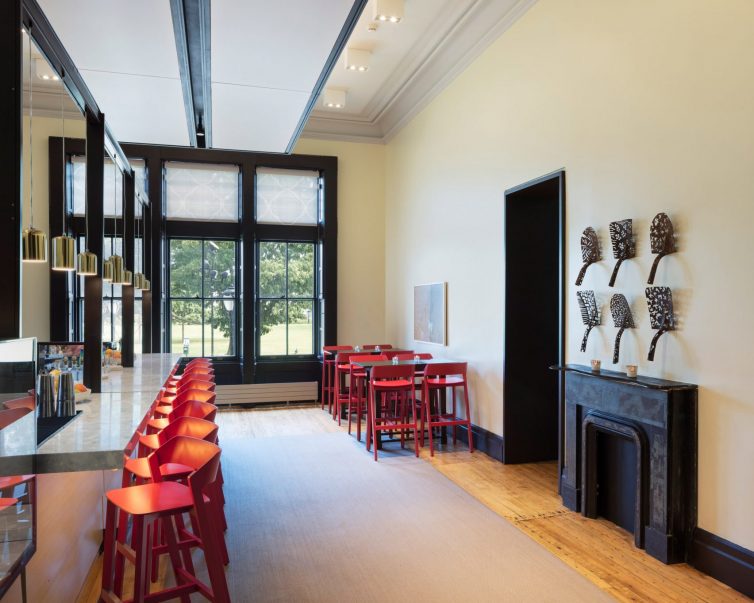 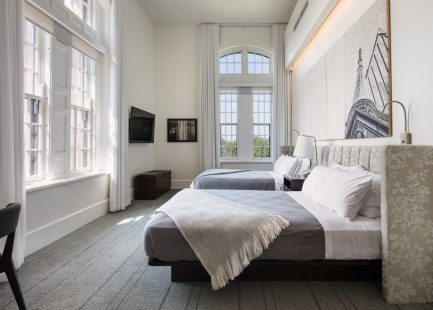 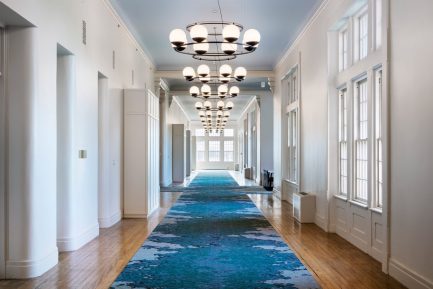 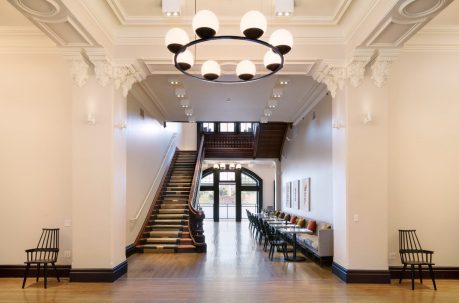 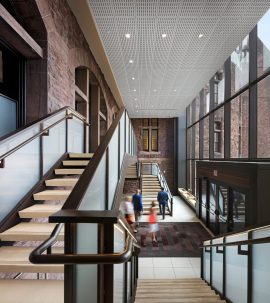 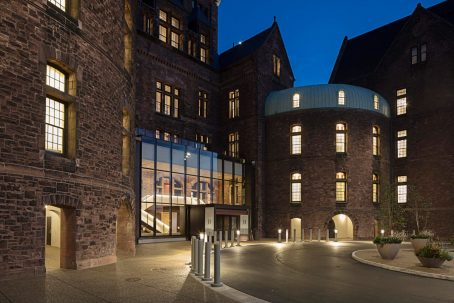