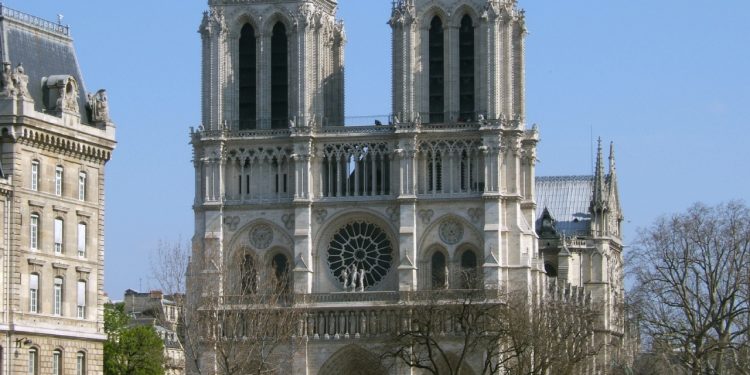 We do not normally talk about such subjects on Home Vanities but it is important to discuss it since we are living during a very important moment in the history of architecture and, well…history. The Local, French news site, reported that the French Senate decided that Notre-Dame Cathedral is going to be restored exactly as it was before the fire that damaged it.

Basically, the government started a restoration bill but the French Senate, after approving it, stated that the cathedral needs to be restored to the exact state it was before. This practically ends the competition that was planned by the government, looking for new restoration ideas.

The Notre-Dame Cathedral is going to be finished by the 2024 Olympics held in Paris, to its “last known visual state”. The French Senate comes in opposition to what President Emmanuel Macron called for, basically “an inventive reconstruction.” The French Prime Minister wanted to launch an international competition to redesign the collapsed roofline.

Just one month after the fire happened, the entire architectural community generated countless responses and so many architects wanted to do something “special”. Many re-imagined the monument, with one project even including a huge swimming pool on top of the cathedral.

GoArchitect even launched a competition, trying to find ideas for the future of the cathedral. Joshua Sanabria, GoArchitect CEO, talked about the decision of the French Senate and said:

It would be a terrible loss to the democracy of design if the French Senate closes the door to the debate and exploration of the future of Notre-Dame Cathedral. As we all know, Notre-Dame is more than a building, it is a witness to history and a monument that has impacted generations. Notre-Dame was a cathedral for the people, and its future should be influenced by the people. They may choose to restore it exactly as it was or they may choose something else, the important part is that they are given a chance to decide. The French Senate’s actions seem to suppress this opportunity.

No matter how we personally think about the topic, there is a reason why historical monuments from all around the world are protected and when they are restored, they are restored as close as possible to the original state. When talking about the Notre-Dame Cathedral, we discuss one of the most important historical monuments in Europe, some even say the world. If a swimming pool would appear on the top of the cathedral or a different “re-imagined” structure would appear, all that historic worth of the building would be instantly lost. Even tourism would suffer as people would surely not visit a new version of the cathedral. Notre-Dame needs to be rebuilt exactly as it was. This is how it remains what it was and what it represents. It is disappointing that President Macron even considered new versions of the cathedral.

Things To Never Do When Decorating With ...