The Tallest Building In China – A 700 Meter Wonder 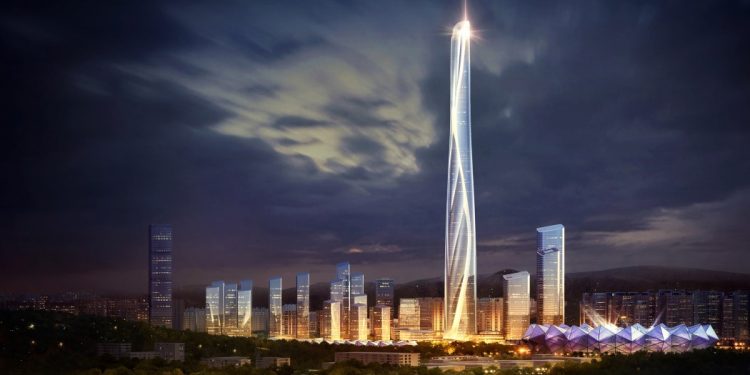 It is designed by Adrian Smith + Gordon Gill, with work being done for Shimao Group, a Chinese property developer.

As you can see from the image above, we are talking about a skyscraper. It is going to be built between Dayun National Park and Longcheng Park.

What is particularly interesting is not necessarily the height of the skyscraper. The thing that instantly stands out is the fact that the building’s organic structure looks perfect in an area that is filled with numerous sporting venues. Designers actually took this into account and were influenced by how athletes train in a stadium. They said:

“The result is a muscular expression in high-performance glass, with textured layers that define the elements of its shaped form.”

In the new Shenzen Hong Kong International Center there will be different interesting features and amenities that you might want to know about. This includes:

There are also plans to include apartment towers, large retail facilities, a library, offices, a five-star hotel and a cultural center.

Another really interesting things to notice is how the tower is expected to look during nights.

The building is expected to be finished in the year 2024.

The Maldives Hotel Where You Can Sleep ...