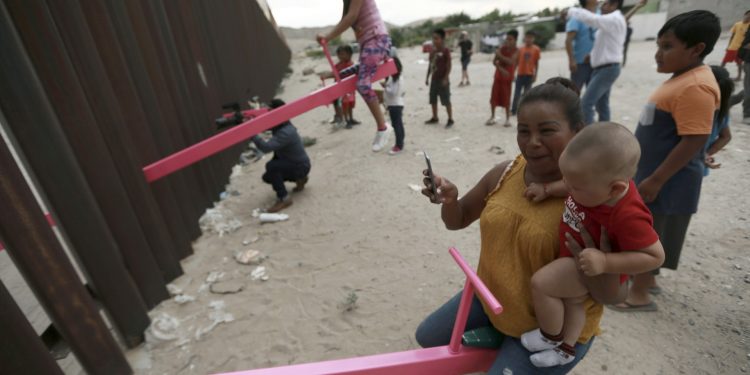 In a project that is very simple to implement and quite admirable as a way to teach people equality, two design professors designed and then built pink seesaws along the border between Mexico and the US. This set was installed outside of El Paso and Ciudad Juarez, right along the border fence made out of steel.

Ronald Rael designed the installation. He is a professor of architecture as the renowned University of California Berkeley. The other person involved in the process was Virginia San Fratello, who is employed at the San Jose State University, associate professor of design.

The wall was originally conceived in the year 2009. The designers of the pink seesaws declared it as being:

“…a literal fulcrum for U.S.-Mexico relations where children and adults were connected in meaningful ways on both sides with the recognition that their actions that take place on one side have a direct consequence on the other side.”

The border between the US and Mexico is a huge point of contention in international and internatal US politics. This is because of the signature policy of President Donald Trump who wants to construct a wall across the border with the purpose of controlling immigration.

Open Floor Plans – Reasons Why You ...