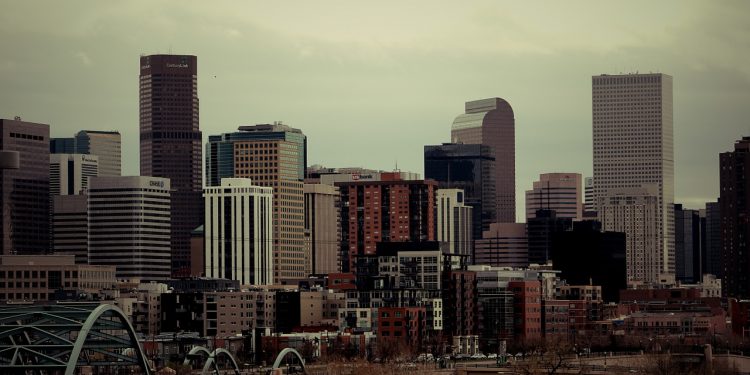 When it comes to architecture, there is no style that is prevalent in Denver. The architecture that you see in the city varies from modern buildings to late-era Victorian houses. Due to this, you can easily build your own architecture treasure hunt in Denver. If you do this, here are some great options to consider.

The well-known peaks of the Rocky Mountains were the inspiration behind the jagged and bold look of the beautiful Denver Art Museum and its Frederic C. Hamilton Building. This architectural landmark of Denver was designed by Davis Partnership Architects and Daniel Libeskind.

9,000 titanium panels were used to build the museum. This actively bounces around lights. Based on the weather, you can see the exterior looking golden or rose.

You may know Libeskind for him being chosen as the main, master plan architect for the World Trade Center site in New York City.

You can actually book a room here, right in this incredible castle that is available under a B&B business. It is located in the historic Denver Capitol Hill neighborhood and was built in the year 1869, right in the middle of the city’s huge construction boom.

William Lane was the architect responsible for Castle Marne. He is also known for his work for Unsinkable Molly Brown House. His eclectic designs are well-known, leading to over 300 homes being built in Denver. Around one hundred remain alive today. Unfortunately, the architect did end up poor when he died due to the 1893 Silver Panic.

Castle Marne features Richardsonian Romanesque architectural style. There was lava stone that was quarried at Castle Rock used to form the exterior. On the inside, numerous delicate details welcome people, like hand carved fireplaces.

The Colorado State Capitol practically envisions the gold rush spirit that took Colorado by storm. The Capitol building took close to 20 years to finish and was officially ready in the year 1908. Over 200 24 karat gold leaf ounces cover the dome, which has a height of 272 feet.

This is a building that was modeled based on Washington, D.C.’s U.S. Capitol. You want to see the gold dome and you will appreciate the materials all inside the building. This does include Colorado Rose Onyx, which is a stone that is really rare and none was discovered since the Capitol building was erected.

This architectural wonder of Denver was completed in the year 2004. It practically redefined the skyline of the city.

The unique feature of this convention center is the roofline with its 660 feet length. We are looking at a very massive building that covers 9 city blocks right in the downtown region. It even includes a rail station stop.

You will also surely want to take a look at the huge blue bear that peers out from the outside. It is 40 feet tall and was designed by renowned artist Lawrence Argent. What is particularly interesting is that this bear ended up blue by accident. The original choice was more subdued. However, a printout ended up blue by a mistake. Eventually, Lawrence liked it and decided to stick to this color.

Some years ago, Denver was where you found the tallest structure located to the west of the Mississippi River. This was the 393 feet tall Daniels and Fisher Department Store. Views covering 200 miles can be seen from the twentieth floor.

F.G. Sterner was the architect of a building that features the beautiful Italian Renaissance style. It was made out of terracotta, stone and brick. Historic preservationists worked hard to keep the building intact but it eventually had to be demolished in the seventies.

What remained was the clock tower of the building. Here you can see countless events from burlesque shows to wedding proposals. The Clock Tower is still a huge part of the skyline of the city and the lights you see during the night.

How To Choose Hardwood Flooring