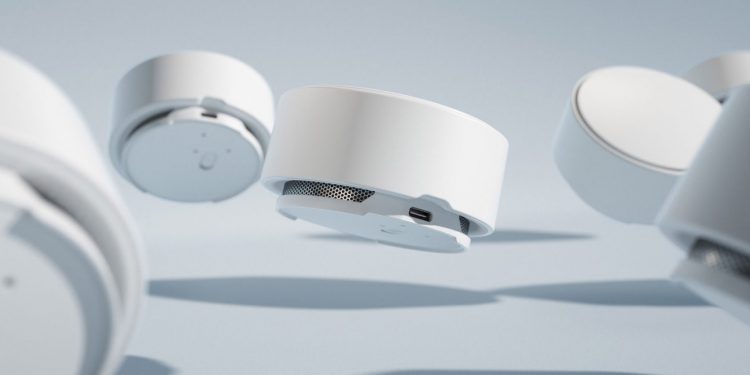 Minut, a Swedish company, created a really interesting smart home security system that is meant to be used by those that do not want to have security cameras. The system relies on an alarm that monitors humidity, temperature, noise and movement.

Minut’s desire was to create a good security system without having to use WiFi cameras installed. This idea came as the WiFi cameras are getting more and more common and controversial at the same time.

The system is wireless but uses many sensors that track risk factors inside a home. For starters, a motion-sensor with infrared technology detects heat that is emitted by living people. When the system is activated, a smartphone app alerts the homeowner about motion events.

While motion security is active, other sensors actively monitor humidity, temperature and decibel levels. This is even useful to track the possibility that mold appears. Individual sensor spikes can indicate open windows, the oven being left on or flooding, just to mention some possibilities.

The company targets people that are interested in both security and privacy. Minut practically never watches anyone or listens to conversations. A representative of Minut declared:

“There are a few problems that we identified with using cameras for home security. One of them is feeling like you’re being watched, which automatically changes your behavior and never really makes you feel at ease. While the home is important to protect, it’s also the last place where we have privacy and even a split second of video can feel and be invasive.”

Minut is also a system that is not attractive for hackers. Data is processed right at the source and is not sent to a cloud connection. This actually makes the system more secure than one that relies on cameras.

An early version of this system was funded through Kickstarter and was called Point. Through crowdfunding, Minut managed to evolve and improve the security system. Matisson,  Minut co-founder said:

“We have had close communication with our users for the iterative process and Minut has evolved with our customers. We discovered that there were use-cases that weren’t always part of our design plans but we listened carefully to what problems people had and adapted the product to solve these issues.”

The latest smart home security system is good for both businesses and regular homeowners. The software and hardware used are really simple so nobody will have a problem using them.

Installing the monitors is done by screwing or sticking a mounting plate to the room’s ceiling. The plate is magnetic. Just one alarm unit covers a room of around 50 square meters. The battery used is rechargeable and can last up to 6 months.

At a global scale, Minut works with the Google Assistant system. In the US, it uses Amazon Alexa. Compatibility with Apple HomeKit is currently being developed.

How To Properly Take Care Of Wood ...