The First Stadium Build Exclusively For Esports Built In China 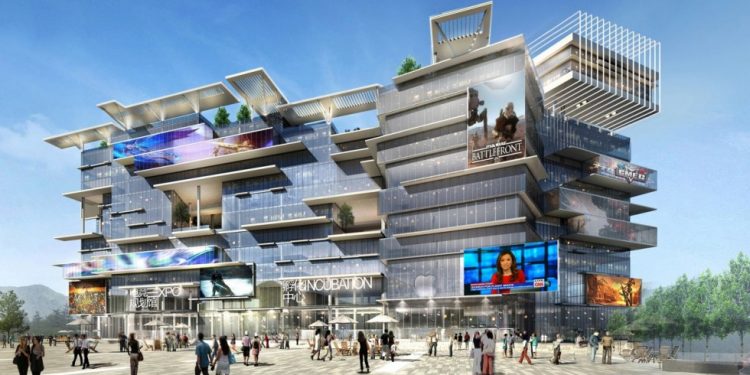 There are countless stadiums out there that are built for various sports and now it is time for esports to join the discussion. In December the very first esports purpose-built arena opened, all after construction took just 8 months. Building something in China sure seems to be a lot faster than the rest of the world.

The stadium we talk about is based in western China, in Chingqing. Architect Barrie Ho understands how esports are becoming more and more popular around the world, with online viewership for competitive gaming being on the rise.

“I wanted a design that reflects the energy of these events. The number of people watching esports online is higher than the number watching the NBA. Everybody thinks esports is about two people playing a game online. It’s not like that. It’s like a carnival.”

Statistics show that the growth of people watching competitive video gaming can reach 420 million in 2018. Just as an example, the IEM Katowice, Poland, gaming event draw in a viewership of 46 million.

The name of the esports stadium is Zhongxian and is perfectly located on Yangtze River banks. 7,000 people can be seated and curtain glass walls with LED screens are added so huge parts of the building simply transform into a video display even for people that are on the outside. The innovative design allows the addition of 13,000 people that can see the events, with the LED walls adding even more.

What should be added is that there is new work done on the stadium, with the second phase being in place. This means adding an incubation center and a hotel will soon happen, given how fast the stadium was built.

This stadium marks a first in the world but one that will surely not be the only venture of its kind. The world of esports is growing at an incredible rate at the moment, with huge viewership appearing, especially with world cup style events. As companies keep investing, new stadiums will be built, for sure, with currently huge stadiums drawing in immense crowds, as you can see at the Worlds Finals event for the League Of Legends game in 2018:

Is Your Home Smart Enough?