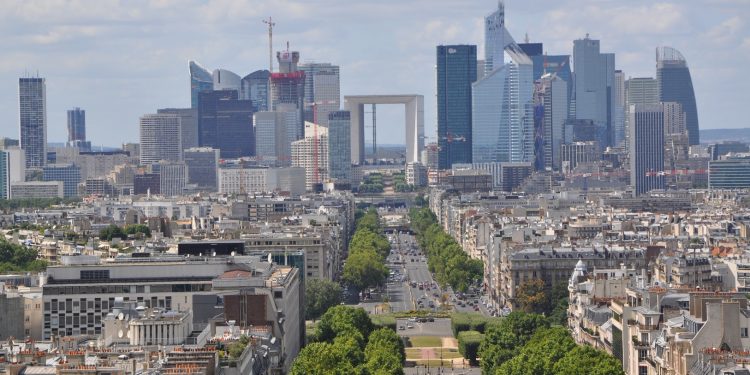 Did You Know There Are Skyscrapers In Paris? 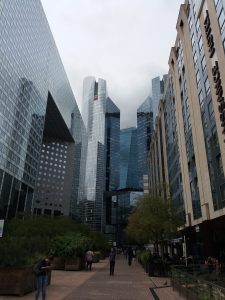 Paris is known as The City Of Lights. It is renowned for numerous tourist destinations and stunning landmarks.

Everyone knows the Eiffel Tower. However, few people know that there are skyscrapers that are simply stunning really close to the popular attractions.

Right now, there are 17 stunning examples of architecture on Ile-de-France, but most are not actually inside Paris. Even so, things change.

Obviously, when compared with cities like Dubai and New York City, there are not many skyscrapers in Paris. We can say that Paris skyscrapers are rare.

The one place where you can find some skyscrapers in Paris is La Defense. Then, we have some in the 13th district, but they are not high. Residential block skyscrapers can be found in the 15th District.

We can go on talking about many of the locations but let’s just take a look at some of the most impressive Paris skyscrapers that you should know about.

Tour Montparnasse is basically a huge office block but you are allowed to go to the roof or the 56th floor to get wonderful city views. You can even see the Eiffel Tower.

What is interesting is that Duo Paris is actually a huge courthouse. It will feature 90 courtrooms and will be able to easily process 9,000 cases every single day.

Duo Paris is rather new in the city and numerous objections were filed against it. Legal professionals were on the frontline since they wanted to stay at the Ile de la Cite’s Palais de Justice.

This Paris skyscraper is not as high as what you see in many other cities. Officially, Les Orgues de Flandre is 26 meters shorter than the skyscraper benchmark. Even so, we need to mention it as a standout skyscraper in Paris.

In this development, you can find 15 story buildings and 3 towers, including Tour Cantate (101 meters) and Tour Sonate (90 meters).

This Paris skyscraper does look modern and it was built after objections came in from different heritage organizations. Constructions started in 2015 and the building will be over in 2020. Tour Triangle will feature 120 hotel rooms and 70,000 office space meters. In addition, it will feature cultural and childcare facilities. Herzog & de Meuron are the architects responsible for the project.

Tour T1 is located in the La Defense business district and is an office building. It opened its doors in 2008.

This skyscraper has a height of 185 meters. It is actually the third highest in the entire business district. Ever since 2010, the entire building is occupied by GDF Suez. This is why the tour is also locally known as Tour GDF Suez.

You can clearly see the skyscraper in the Paris skyline. Tour Granite was opened in the year 2008. Its architecture is definitely interesting, thanks to the work of architect Christian de Portzamparc. The tower is the fifth tallest skyscraper in the La Defense district. Due to its steep roof, it is really easy to pinpoint as you watch the city’s skyscrapers.

Pullman Paris has 31 stories and is located in the fourteenth district. It is a hotel and stands out as the second largest of the Parisian towers, with only Hyatt Regency Paris Etoile being larger. Even if the height is smaller, there are 3 extra bedrooms available.

Pierre Dufau designed the skyscraper, with its building being over in the year 1974. The name did change several times in the past but its majestic appearance did not.

This office skyscraper is also located in the La Defense district. It is a high-rise that was built in the year 1974. It ended up being 184 meters high and can instantly be noticed because of the completely black exterior made out of granite.

Tour Areva maintains a truly mysterious appearance. It is shaped like a prism and is said to have been inspired by 2001: A Space Odyssey.

The skyscraper is just outside of Paris but we cannot neglect it because of that. It is designed to be an office building and is quite modern. It now serves as Total SA headquarters and is among the tallest buildings in the city at 190 meters. Initially, the tower was supposed to be Tour Areva’s twin.

Small Cozy Apartment You Can Add To ...