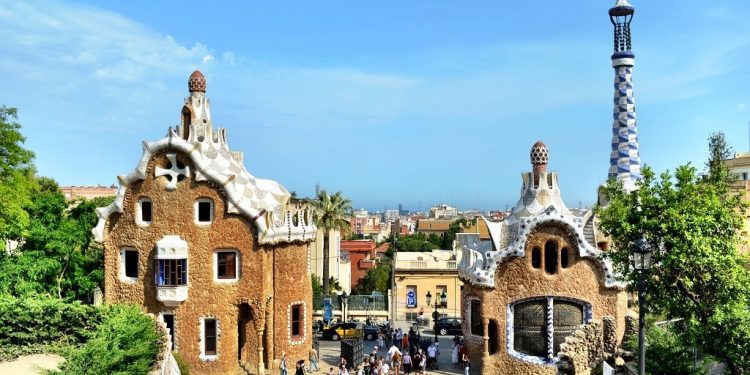 Some say that Antoni Gaudi’s Mind House is the weirdest building in the world. Others say it is the most beautiful. No matter the case, nobody can deny that it is a masterpiece.

Mind House is located in Barcelona, Spain, in Parc Guell. This parc was an idea by Count Eusebi Guell, thus the name. The forecast was to build a park and 60 houses. Gaudi just built two.

Mind House is included on the list of UNESCO World Heritage Sites and from the moment you see it you can realize why this is the case. Believe it or not, it was built between 1900 and 1914, with a work of art being the result.

Most of the pictures you find online from tourists feature the fountain and the central entrance steps, with the statement salamander shape. Various statues and glass can be seen. Then, private conversations are possible on the serpentine bench even if the square here is quite large. Even with the bench we see a really interesting addition since it is tiled. This stops people from staying on it when wet, together with some small bumps.

Antoni Gaudi wanted to let his imagination fly and preserve the ground’s natural contour. He used colorful pottery, glass, colored mosaics, concrete sculptures and much more, building a universe of animals and more.