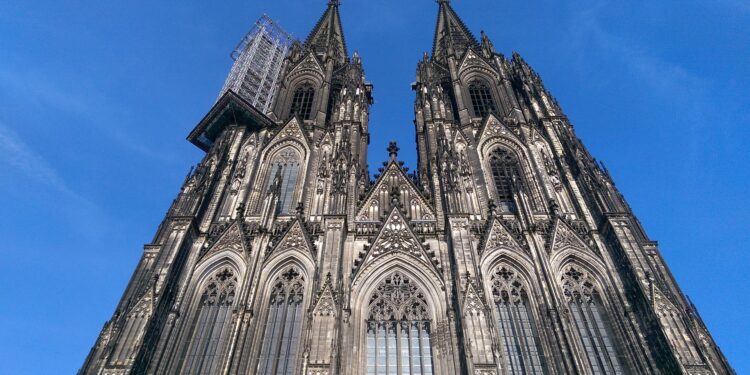 Architects create houses and buildings using a variety of architectural styles. Some of these styles are Neolithic, Gothic, Art Deco, and Neofuturism. These styles can be found in buildings all over the world.

Art Deco architecture was originally from Europe, but it spread to North America during the mid-1920s. Its style was influenced by Cubism, Fauvism, and modernist architecture.

Many Art Deco buildings feature glass blocks, chrome, and terrazzo. They are also notable for their airy spaces, sharp corners, and symmetrical design.

Throughout history, there have been many different architectural styles. Neoclassical architecture is one of these styles. These buildings are large, usually square, and use classical building elements such as columns.

Neoclassical architecture can be traced back to Ancient Greece. The style is also based on Roman architecture. In the ancient Greek and Roman cultures, marble was often used for construction.

Neoclassical architecture has three main variations. They include classical blocks, Greek Revival, and temples. The classic block style is the most common. This style is characterized by a square base, large pillars, and geometric shapes.

During the middle ages, Gothic architecture was a popular style. It featured large windows and pointed arches. The style was often seen in cathedrals and churches. These buildings also featured stained glass. The windows were often representations of Bible stories.

Gothic architecture was influenced by both Romanesque and Islamic styles. The first church built in this style was the Abbey of Saint-Denis in France. This building marked the development of the styles from Romanesque.

The style was also popular in England during the fourteenth century. The Gothic cathedrals of Ile de France were influenced by Byzantine sculptural decoration.

During the Neolithic era, people started to live in one place year after year. Some people even began to grow crops and domesticate animals. They worked hard for long periods. They built massive monuments to show their power and wealth. They also linked these monuments to artificial landscapes.

The earliest Neolithic cultures are found in Southeast Anatolia and Iraq. Later Neolithic cultures appear in Southwest Asia and Central Europe. Some of the oldest surviving designed structures in Britain are stone-chambered tombs. These tombs, which are part of a long barrow, were raised in the early Neolithic.

Hoysala temples are constructed on a raised platform, called a jati. The temple has one or more shrines, a central pillared hall, and a closed mandapa. The ceiling of the mandapa is ornate and features mythological figures.

Second Empire buildings were often grouped to form a continuous line of townhouses. In cities like Washington, D.C., townhouses were the typical residential form between 1860 and 1880. Second Empire architecture is best known for its use of a mansard roof. The roof, which is a dual-pitched hipped roof with a steeper lower slope, is often covered with multicolored slates.

During the Great Depression, the Art Moderne architectural style emerged as a modern take on traditional design principles. This style emphasized clean, simple lines and bold colors. It is considered a cousin to Art Deco.

This style has become more common in recent years. Although it is often seen in big cities, it is also seen in smaller towns.

The former Greyhound terminal building in Greenwood is a great example of this architectural style. It was built in 1939. This building is one story and features bands of horizontal wood slats. The exterior also has minimal ornamentation.

Often viewed as an expression of optimism for the future, neo-futurism is a type of architectural style that emphasizes the power of technology and innovative materials. It also incorporates ethical values into its designs. Its roots can be traced back to the Futurism movement of the past.

Futurism was first introduced by the Italian poet Filippo Tommaso Marinetti. In the early 1900s, it inspired architects to envision new, futuristic urban designs. The movement captivated architects, writers, and musicians. Its futuristic designs were heavily influenced by past architecture.

Minimalist Exterior Design – How to Tame ...